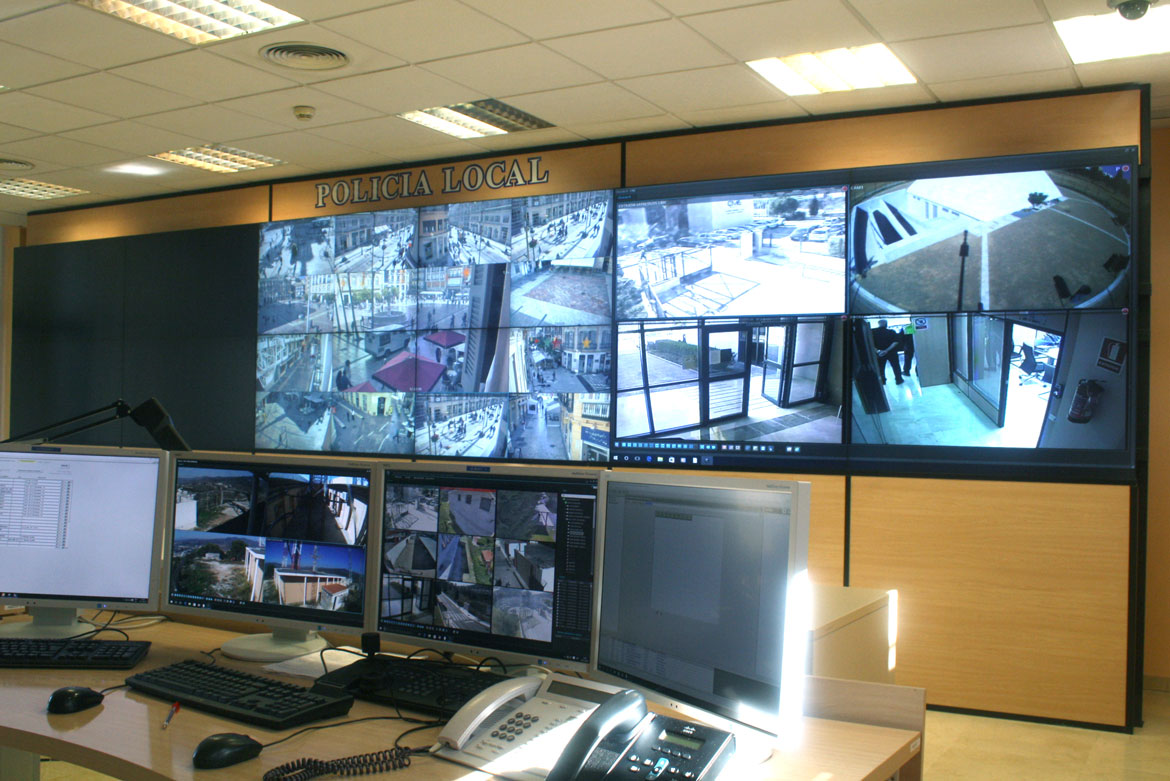 It is located in the Municipal Emergency Center and it controls the signals of video surveillance and alarm, both intrusion and fire, installed in municipal buildings.

Since 2015, thanks to the incorporation of new cameras and connections, it is also possible to transmit the video surveillance images of the Historical Center to CISAVI. The purpose of unifying these images in the CISAVI is to accelerate the response to any emergency situation, since emergency communications are centralized at the same point.

The video surveillance of the Center is implemented in eight streets, with a total area of 15,000 square meters, controlled 24 hours, and the images are stored for a maximum period of one month before their elimination. The images are kept only in the case that there is a report of a criminal act and can serve as evidence.

In addition, three large industrial estates of the city (Guadalhorce, Azucarera and Santa Barbara) are monitored at night and on weekends by a network of thirty cameras, thus preventing theft in company headquarters, the theft of cables, light, sewer covers, etc.