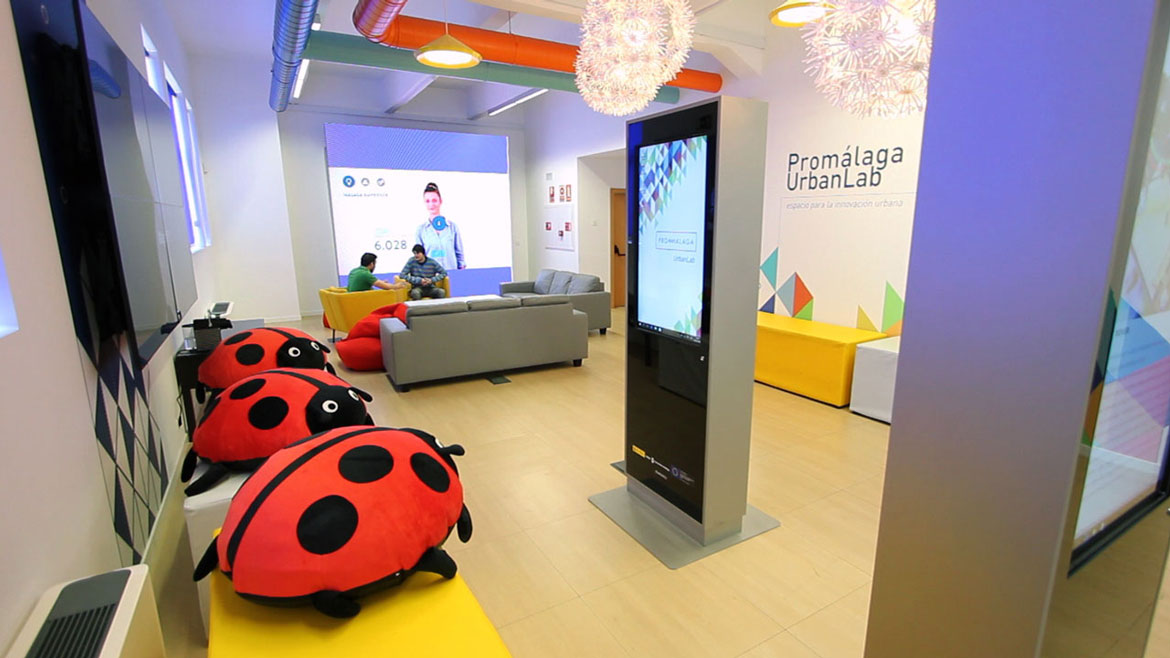 The innovation space Promalaga Urbanlab, located in building 5 of the municipal complex of Tabacalera, is based on the demonstration center project carried out by the City of Malaga and Red.es for the promotion of innovation and Smart Cities.

The Smart City Demonstrator Center arises from the initiative launched in 2009 by Red.es, whose objective was to launch a series of spaces in which interested ICT companies could show SMEs and entrepreneurs technological products and services aimed at improving their productivity and competitiveness.

To respond to these needs, the City of Malaga signed a collaboration agreement with the public business entity Red.es in July 2013 for the creation and operation of the Public Demonstrator Center for Information Technology and Communications for Innovation in Cities Intelligent, Ubiquitous Technologies and Digital Contents.

Promalaga Urbanlab, which began its journey in 2014, is a public space equipped with the tools necessary for companies that wish to use of them for product demonstrations, training sessions, workshops, best practices, etc. The space is composed of several rooms in which interested ICT companies can show potential SME technology users, in a practical way, technological products and services aimed at improving their productivity and competitiveness.

Currently, 400 sensors are already installed along a Smart street between the Paseo del Parque and the Los Guindos chimney, and the installation of a telecommunication transport network and radioelectric contamination measurement probes is being finalized.